Home > Blog > What is Initial Exchange Offering (IEO) - How it Differs from ICO?

What is Initial Exchange Offering (IEO) - How it Differs from ICO? 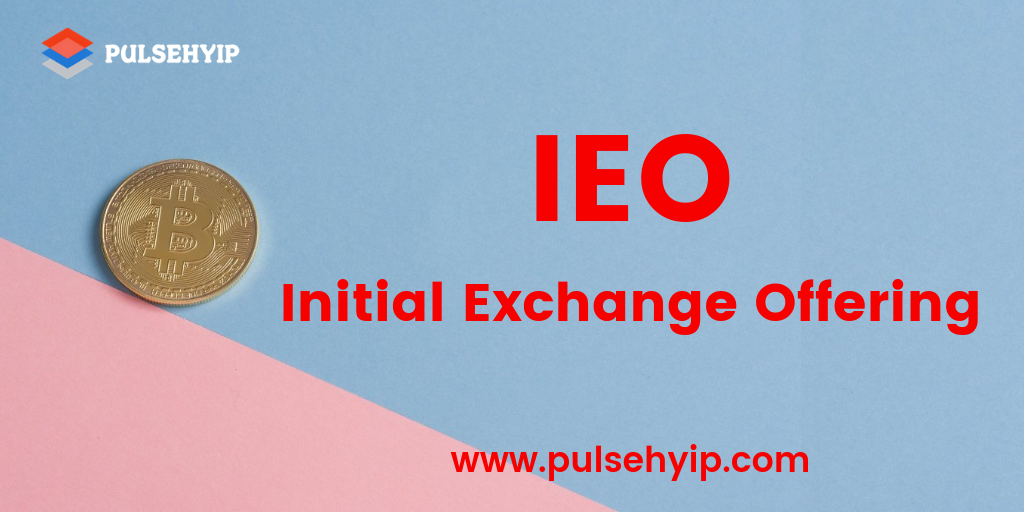 In the beginning of blockchain projects, ICO (Initial Coin Offering) acts as the primary medium for fund raising in crypto currency field.

The introduction of new type of ICO to the crypto market came in the name of IEO. It is meant to be the latest trend in cryptocurrency business. IEO is nothing but one form of ICO in which it is called to be a better version of it.

Unlike ICO in which crypto-wallet can be owned by anyone whereas, IEO is an exchange-specific. It represents the offering and buying of a token happens by utilizing one’s user account in the exchange.

To abbreviate, initial exchange offering is referred as an IEO, a fund-raising event administered by an exchange. To explain it in a simple way, initial coin offering (ICO) conduct the fund raising with the project team whereas Initial Exchange Offering (IEO) conduct the fund-raising in a well-known exchange platform where users can buy tokens directly by utilizing the funds from one’s own exchange wallet.

Why IEO over an ICO?

In past few times, ICO found to be a risky environment for many of the individuals who like to participate in a blockchain network with a token releasing or sending funds to the wrong wallet with some absconding terms related to funds. In that way, IEO arise in the field to overcome some of the inconveniences found in ICO.

Due to so many reasons found in ICOs, the investing team seek a different fund raising methods.

There came with the several advantages administered in an IEO which includes the following:

1.Strikes the current user base in the exchange to obtain benefaction for the IEO.

2.Eliminates a “Gas War” among sale participants assuming the exchange is centralized which shows that till now IEOs are not conducted on decentralized exchanges.

3.Make it more difficult for swindling contributors by making them to understand that they can only buy the token utilizing the exchange.

4.Function as a symbol of confidence in the exchange between the investor and the sponsor by conducting its own due diligence on the development side of the project.

5.List on the exchange where IEO acts as a natural next step for secured exchanges.

What are the Benefits of an IEO?

In user point of view, IEO is easy to involve as they no need to administer on-chain transactions utilizing different wallets on diverse blockchains.

Instead, a user only require an account with some funds on the exchange that helps to participate entirely via trusted website’s interface.

In addition, the exchange supports its own reputation on its platform in the projects by furnishing a high degree of trust behind the project.

If you have an idea in participating on an IEO, it is suggested that you need to understand the complete report for the particular token you desire to purchase.

How to participate in an IEO?

In general, the basic common steps to initiate an IEO participation by enabling the checking process of the project before intending to crowdfund is necessary in an IEO. Now one should follow the below mentioned steps.

1) First analyze and find out the exchanges which hosts an IEO. In which there can be two or more participating exchange i.e., more than one exchanges

2) Then, sign up for an account in the exchange by enrolling the whitelisting and passing your KYC procedures.

3) Analyze which cryptocurrencies is accepted and has high value during IEO and fund your account accordingly.

4) Finally, hold on to get start of the IEO to buy your desired tokens.

At last, it is found to be a difficult one to conclude the best one among these two fund raising models between an ICO and an IEO. Some entrepreneurs or investors prefer ICOs as it is open source and can be easily handle as public. Though it has high opportunities in raising funds, many investors found skeptic about ICOs due to its specific reasons.

Apart from this, many convinced investors preferred IEO with their white paper to raise money through it. More often, ICO is still under the exact one to utilize the business without any third party access but IEO is striking the technology involving blockchain in various industries.

Get Free Demo and Experience Our IEO Services